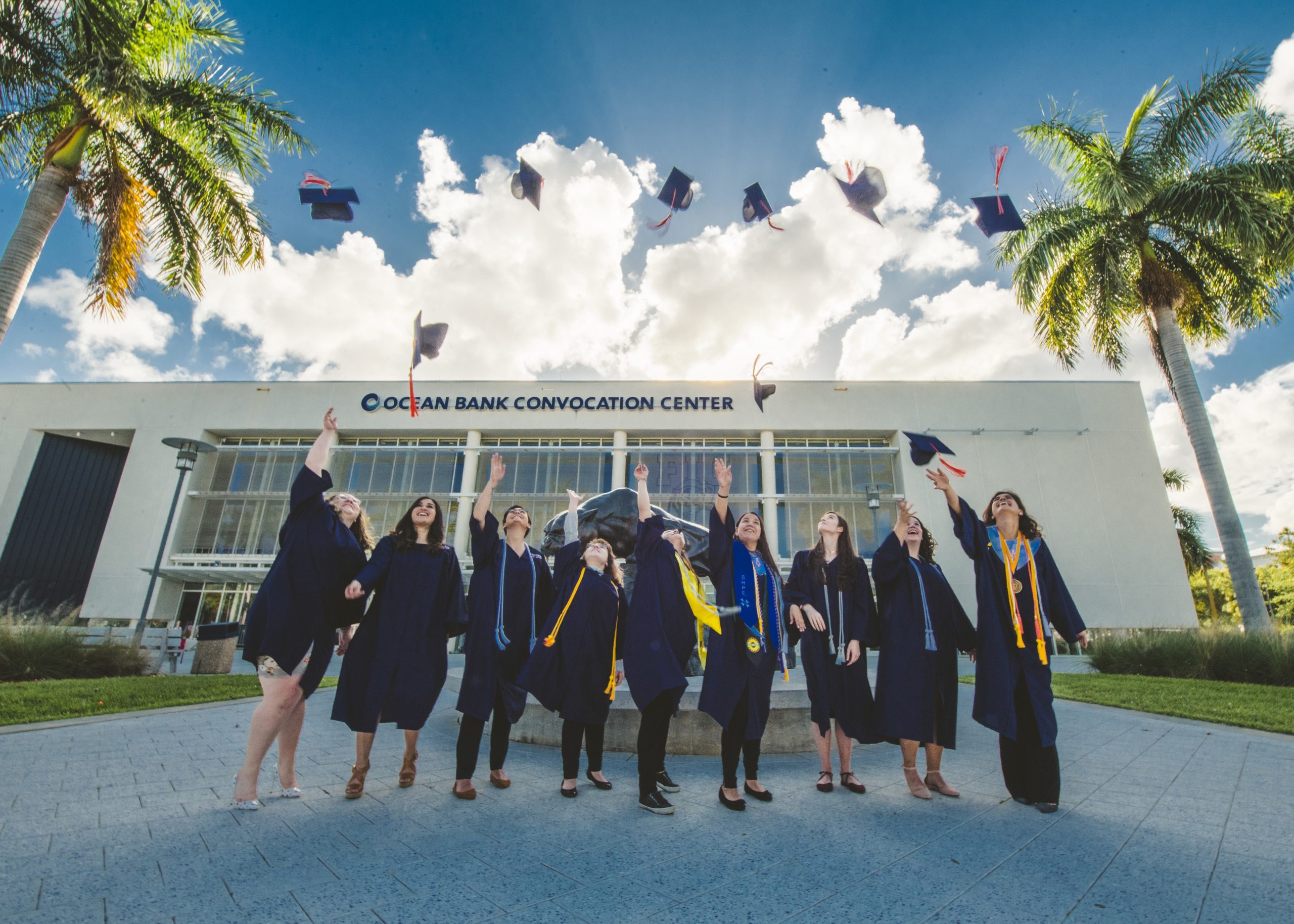 This article has appeared on news.fiu.edu. I have republished on CyberSegovia.com.

FIU will hold 10 commencement ceremonies from April 28, 2019 – May 1, 2019 to celebrate the achievements of more than 5,000 students who are earning degrees this spring. For the first time ever, FIU is recognizing nine Worlds Ahead female graduates in engineering who are at the cutting edge of their fields.

The nine graduates of the FIU College of Engineering & Computing will be recognized on Wednesday, May 1 at 10 a.m. at the Ocean Bank Convocation Center on FIU’s MMC Campus, 11200 SW 8th St. in west Miami-Dade County.

“These women come from different walks of life, but they share a passion for their fields and for changing lives that serves as an inspiration to others,” said FIU President Mark B. Rosenberg.

Among the accomplishments of the engineering standouts:

FIU will also recognize other Worlds Ahead Graduates who have excelled academically, persevered despite obstacles, and made a difference:

Joseph “Pepe” Badia, president of Badía Spices, will receive an honorary degree in public service on Tuesday, April 30, 2019 at 3 p.m. The ceremonies also will feature the following commencement speakers:

A cyber security professional with an unquenchable thirst for knowledge and experience. Very self-driven, motivated, and organized individual who is always learning new things and keeping up with the latest and best cyber security practices.

When I am not neck deep into a new project or drowning in coursework, I am usually outdoors and being active. I enjoy off-roading my 4×4 vehicle and riding trails with my mountain bike at the local parks. I love road trips and escaping life on the weekends to explore a new park. I also love kayaking and paddleboarding, and heading out to the sandbar with my friends for some sun and fun.